The little things in life

...and some of the biggest!

"Microbe" is a term used to describe very small living organisms. It means the same things as microorganisms!! Examples of microbes include: Bacteria, Fungi, and Viruses. Many of these microbes are very helpful to us, but some cause us harm.

If the micro-organisms live on DEAD ORGANISMS we call them SAPROPHYTES. These saprophytic microbes are of great importance because they help bring about decay (eg: compost), so they decompose material.

This is  a very simple and straight forward explanation of viruses by the Amoeba Sisters. It runs for about 7 minutes

Respiration in cells
All cells carry out some sort of “respiration”.
Respiration is a chemical process that releases energy from carbohydrate/glucose molecules.
The energy is converted into small packages in molecules called ATP.
Cells use the ATP as energy sources for all the chemical reactions they need to do.
For a whole organism this means that it has energy to move, grow, repair and reproduce. (Metabolism - to carryout MRS GREN actions)
Aerobic Respiration: The most efficient form of respiration is aerobic respiration which uses oxygen to completely breakdown the glucose molecule into CO2 and H2O.

In microbes the glucose is broken down into alcohol in the process called fermentation.

Microbes that cause disease are called Pathogens. They are said to be "pathogenic".

Most microbes cause disease because of their life processes. As they live, they sometime make harmful waste products called toxins. These can affect our cells and our bodies. Others cause cells to die. Viruses do this as they are parasitic on cells.

Parasites are organisms which live at the expense of a host.

Immunity: our natural defence against disease

A Vaccine is a dead or weakened form of the actual disease, usually given in the form of an injection
Vaccines help develop immunity by imitating an infection, but this "imitation" infection does not cause illness. It does, however, cause the immune system to develop the same response as it does to a real infection so the body can recognize and fight the vaccine-preventable disease in the future.
Vaccinations are an example of Passive Immunity.
Information on Vaccination

What is the problem with antibiotic use?

Dragron's blood and antibiotics
Plague: A Game to play: Infect the world, learn more about viruses so you can evolve your virus!!
Plague Apple app
Plague Android app
Technical Information on Influenza virus
Influenza
Nat Geo article solves the mystery of why this flu was so deadly for people ages 18-29, killing 50 million world wide. NZ lost more that 5,000 people.
1918 Flu
Ebola: How contagious is it? 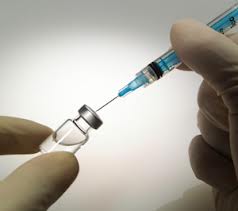